Felt the limit to steroid-free at home and Hospitalization. Control by BSC and
TARC, IgE decreased after discharge. 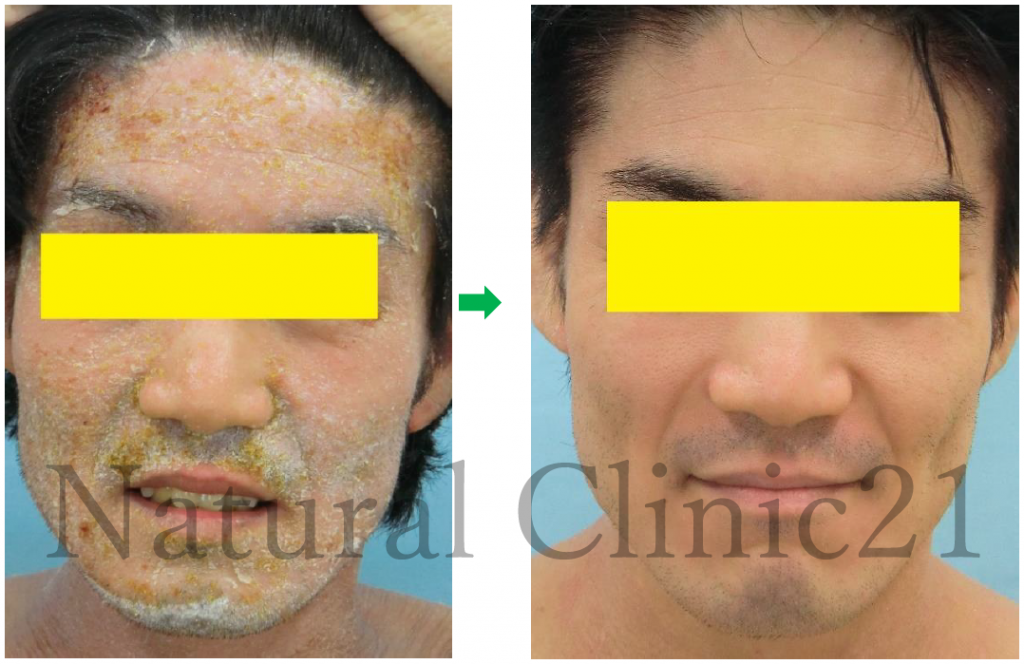 Onset of atopic dermatitis was childhood. He had been to pediatric hospital from around 3 years old and was receiving external medicine / internal treatment regularly.

The symptoms worsened in the first year of junior high school and medicine from medium to very strong type is regularly used. Symptoms were stable from high school to university, and steroid topical use was temporarily finished, but it got worse after finding employment. He visited the dermatologist once every three months, and topical steroid was used to the body part and moisturizer was used to the face to control. He started working at a restaurant ever since two years ago, and his symptoms worsened from the hands due to wet work. Even though it was suppressed with steroids, the effect was unstable.
After that I switched to clerical work, but eating out has increased from 2 months before visiting our hospital, and atopic dermatitis worsened. The symptoms of lower limbs deteriorated especially as the effect of steroid topical application decreased. He also started diet therapy, but since He did not improve, he tried steroid-free at home and used the external use of nonsteroidal anti-inflammatory drugs.

There was no effect even if taking antiallergic drugs oral administration, symptoms expanded systemically. He felt the limit to stay at home and visited our hospital.

How to view cases

Systemic severe atopic dermatitis caused reddening and strong keratosis, and seborrheic change occurred in the face. The effect of BSC after hospitalization was clear, TARC descended from the extremely high value of 61350 to 4290, about 1/14 in one month. LDH, which indicates destruction of the skin, also certainly decreased, and eosinophils also decreased to half. Hospitalization period was slightly short, he could not achieve TARC 2000 or less of the discharge target, but after discharge he returned to work and continued BSC at home.
TARC decreased to 2097 and IgE also declined when visiting outpatient at the 4th month from discharging. 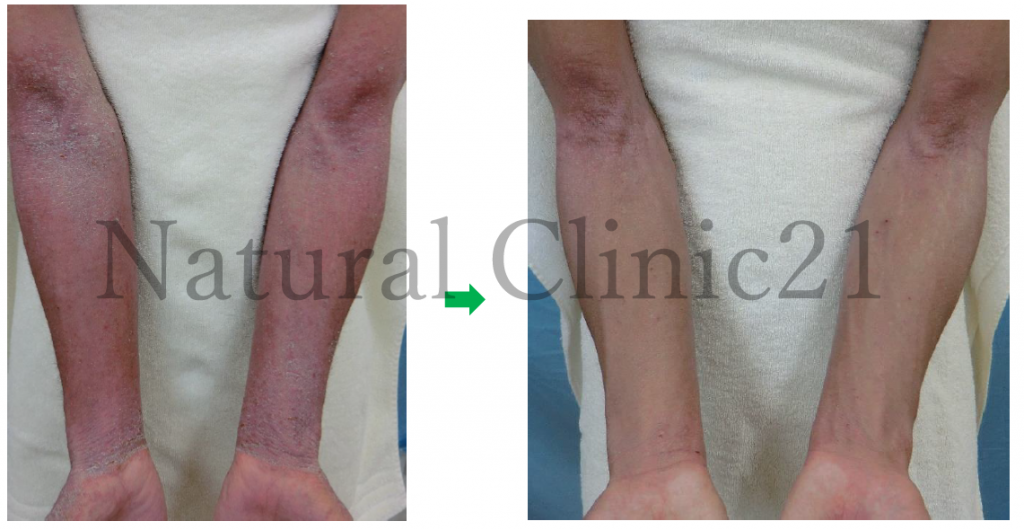